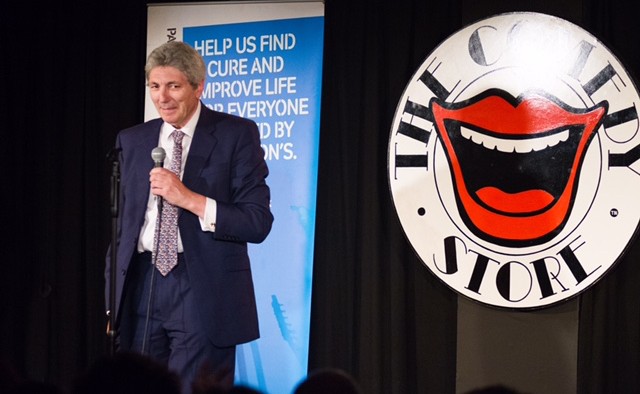 We spoke to British comedy writer Paul Mayhew-Archer, creator of The Vicar of Dibley and My Hero, about living with Parkinson’s – and why it’s important to see the funny side of the condition

“To ‘celebrate’ my diagnosis – and the fact I had been given an excuse to eat lots of chocolate – I took my family to Cadbury World. My wife has been trying to wean me off the stuff ever since.”

Paul Mayhew-Archer discusses his Parkinson’s with the humour you might expect from somebody who has spent decades writing some of the UK’s most iconic comedy shows, including The Vicar of Dibley and My Hero.

Paul was diagnosed almost seven years ago, after noticing that his handwriting was getting smaller and his arm had stopped swinging as he walked. He says: “A friend told me their dad had experienced similar symptoms, so that’s when I went to see the neurologist.”

Despite the difficulties of living with the degenerative condition, he says having Parkinson’s has brought some unexpected positives. “At times I feel like it has given me a purpose. For the last 40 years I’ve written jokes to simply make people laugh. Now, by making jokes about Parkinson’s, I can help people deal with the condition. 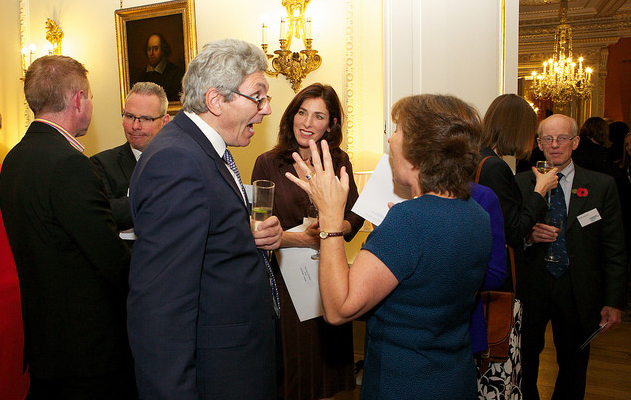 “Somewhat strangely, it’s given me a new found confidence. I’ve recently started doing stand-up, which I would never have done if it wasn’t for Parkinson’s. I’d also have never made my documentary – The Funny Side of Parkinson’s.”

In one sketch, he discusses his diagnosis: “When I was first diagnosed, my doctor, who is a lovely man, told me: ‘You seem to find it quite hard to smile’. Well, I thought, maybe that’s because you’ve just told me I have Parkinson’s.”

Paul is adamant that laughter is, for him, the first step towards meaningful conversation on the topic. He says: “Laughing at my Parkinson’s has enabled me to start talking about it properly. It’s allowed me to have the kind of conversations that I wish I’d been able to have with my mother, who had cancer throughout my teenage years and died when I was 20.

“We never talked about it, and I didn’t know that she was dying. It’s for this reason that I choose to focus on the non-serious bits of my illness. I want to leave some joyous memories that my family can enjoy long after I’ve gone.”

He is keen that others living with Parkinson’s understand why he is humorous about the subject. “People with Parkinson’s seem to enjoy my comedy, which makes me happy. I’d hate for people to think I’m trying to exploit anyone for comedy, because that isn’t the case. I’m getting at the the illness.”

Paul recently attended a reception at 10 Downing Street to mark the 200-year anniversary Parkinson’s. It was a significant day for Paul, one which left him feeling excited and inspired.

Read the whole story on http://parkinsonslife.eu/paul-mayhew-archer-laughing-at-my-parkinsons/